KOSOVO GETS ANOTHER CHANCE FOR A GREENER FUTURE 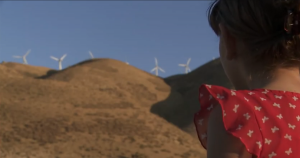 KOSID has been arguing that Kosovo does not need another coal fired power plant since it first formed in February 2011, and is delighted that ContourGlobal has decided not to pursue the construction of a third power station powered by coal in the country.

In times of great concern for public health across the world, we celebrate the fact that even private companies like ContourGlobal, who may have prioritised profit until not long ago, are reconsidering their projects and putting environmental and public health concerns into the equation.

KOSID believes that this is a moment where the private sector, civil society and the government must unite behind the scientific community and work together towards a greener future both for Kosovo and the planet.

ContourGlobal’s decision is undoubtedly a great victory for the future of Kosovo. It opens up the possibility of creating a much-needed greener energy sector in Kosovo and provides a second chance to redefine the country’s place in the battle against threats posed by a changing climate.

The construction of the coal fired power plant was repeatedly opposed by watchdog NGOs, both KOSID and other civil society organisations in Kosovo, who have warned citizens and politicians about the project and lobbied against it, starting right from its early negotiation phase.

Dajana Berisha, one of the co-founders of KOSID, described the fight against Kosova e Re as an incredible challenge, but one that paid off.

“This is ultimately proof that the vision and strategy of KOSID – supported by the mobilisation of citizens, as well as media investigations and the exposure of injustices on an international level – has opened an opportunity for Kosovo to actually develop sustainably,” Berisha said. “This is the model for successful active citizenship.”

The battle against Kosova e Re was fought by disseminating information over irregular procurement procedures, as well as tearing down bureaucratic obstacles and involving communities directly affected by the project.

It was fought by exposing the health and economic damages posed, and by taking legal action against the government over the lack of environmental consents.

However there are still issues which have not been addressed.

We call on the newly formed government to proceed further with the cancellation of contracts designed to offer legal consulting services to the Kosovo Government in regards to Kosova e Re. We also urge them to scrap the New Kosovo Electric Company, a public company which spends taxpayers’ money with no real mandate or function.

Finally, we request a decisive and firm stance against the construction of coal-fired power plants, which degrade public health and the environment.